Where were you when the world stopped turning on that September day? One of the worst days in America’s history that brought out some of the bravest acts in our American heroes. A day that unified us as a country, showed our charitable instincts and reminded us of what we stood for and stand for. So this weekend in High Point, we will remember the events that took place 20 years ago on that September day. Join us as we burst out with pride for the red, white and blue – and the heroes who died, just doing what they do.

Taco bout starting the weekend off on the right foot. Head over to Paddled South Brewing Company after work and enjoy happy hour with Taco Bros Food Truck where mi taco es tu taco. They will be serving up tacos to go with your favorite beer from 5pm-9pm. From 6:30pm-9:30pm enjoy live music from Dylan Smith. Missing summer beach days already? Ilderton Dodge is throwing a Beach Blast from 6pm-10pm to celebrate their 95th anniversary! Bring a chair and enjoy an evening of live music, food trucks, beer and prize giveaways. If you’re more interested in spending your Friday night learning about the brewing process, check out the Bombshell Beer Class and Tasting at Cork and Grind beginning at 6:30pm. Learn what makes each style unique and be a part of the tasting panel for: Hipster Wheat Ale, Kettle Sour, Coffee Blonde, Oktoberfest and IPA. The class is $10 and includes your tasting and first pint! For a family fun Friday night, watch the High Point Rockers take on West Virginia Power with the first pitch starting at 7:05pm. After the game, end your night with a blast by watching the firework show from the field! 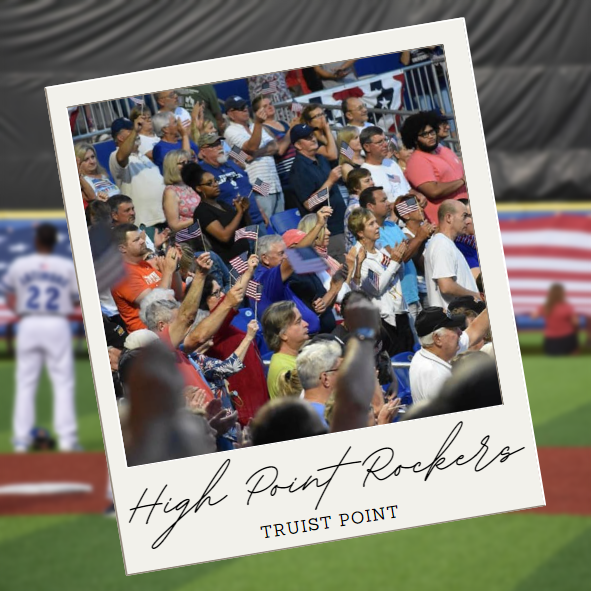 American girls and American guys, let’s stand up and salute, and always recognize. In tribute to the 343 New York Firefighters who lost their lives at the World Trade Center in New York, members of the High Point Fire Department and other first responders will take part in a ‘Stair Climb.’ The firefighters will walk the equivalent of the 110-story height of the World Trade Center and their steps will also correspond with the 2,977 lives lost that day. Join them or observe them at the High Point Rockers Stadium at 6:30am. At 8am, join local historian Glenn Chavis in a guided tour of Historic Washington Street. By this point, you’ve probably worked up an appetite – so head over to Biscuit Factory, a local favorite for all biscuit lovers. From buttered or cheese biscuits, all the way to Canadian bacon or grilled tenderloin, Biscuit Factory has a flaky treat for everyone! After breakfast, check out the High Point Museum and discover how Native Americans and early Quaker settlers used the natural environment to make toys. Costumed interpreters will even show you how to make your own corn husk doll to take home with you! 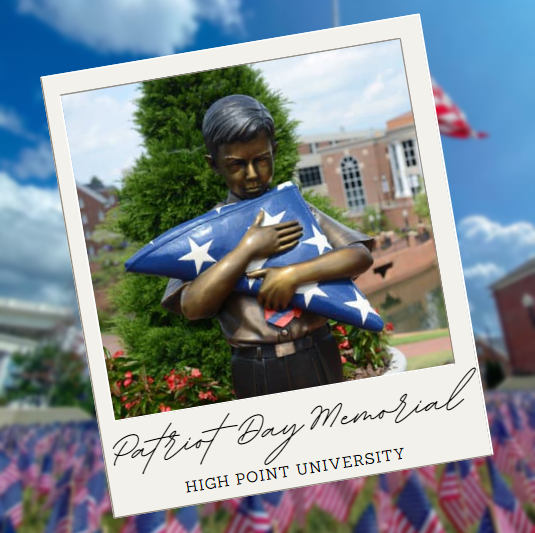 Starting at 2pm, the High Point Theatre will be hosting the 2nd Annual Black Luxe Expo. This mixer and trade show celebration will be highlighting 100+ black-owned businesses from North Carolina, South Carolina, Virginia, Georgia, Tennessee and Maryland. With food trucks, premier DJ, a kids zone, games, snacks, raffles and prizes, it’s sure to be a great time for everyone! If being at the ball field is something you love, today is your lucky day. The High Point Rockers have a full slate of events just for you! Starting at 3:30pm, the High Point Police will take on the High Point Fire Department in their 2nd annual Charity Softball Game to raise money for Angels in Blue and the NC Fallen Firefighters Foundation. A special Home Run Derby will also take place after the softball game where members of the police and fire departments will be paired up with Rockers players to raise even more money! Tickets to the softball game and Home Run Derby also include admission to that evening’s High Point Rockers “First Responders Appreciation Night” when they take on the West Virginia Power in game 2 of their 3 game series. Prior to the Rocker’s game, The Plaids will be rockin the point outside the stadium starting at 4pm. After the game, stay for the postgame Benefit Concert featuring professional baseball player for the High Point Rockers and rising country music star, Bryce Hensely. He has opened shows for musicians such as Jake Owen, and his single “Growin’ Up In Me” was released last August!

If hanging out at the ball field all day isn’t your kind of fun, High Point has many other weekend activities for you to enjoy. The Heroes Center is pleased to present the 20th Anniversary 9/11 Remembrance Banquet in partnership with High Point University. This event will take place at the High Point Country Club at 6pm and will include special speakers, live jazz music, a shared meal with First Responders, and the 9/11 Memorial Unveiling. Tickets are $50 and each ticket purchased will provide a banquet ticket to a first responder at no cost to them! As September is mental health awareness month, check out Gallery On Main where a solo art exhibition shines light on mental health. High Point artist Tomie opens her new show with an opening reception at 7pm. Join her as she invites you on a raw journey through self-harm and addiction to self-awareness and hope. Creativity fueled by the fire of reinvention, and a celebration of talent lost too soon. This exhibit will resonate with many who have lost someone to suicide and/or addiction and those who have come back from the brink of losing themselves. The artist left a piece of her soul on these canvases and truly invokes the brilliance and painful struggle of these legends. After, end your night supporting the North Carolina Comedy Festival at The Brewer’s Kettle starting at 8pm.

Yoga class? I though you said pour a glass. Oh wait…it’s both! Starting at 11:30am, join Paddled South Brewing Company for Poses n’ Pours! After, head over to Sweet Old Bill’s for a delicious brunch. Come for the cinnamon rolls, like maple bacon or salted caramel, and stay for the football! Before this weekend of remembrance ends, make sure to drive by Wesleyan Christian Academy where students carefully placed flags in their designated spots to represent the lives lost in the terrorist attacks. The flags encircle a steel cross that was cut from the beams from the World Trade Center Twin Towers after its demolition. Leaders hope tributes like this one will help give a generation that was not alive then, a greater understanding of the impact. 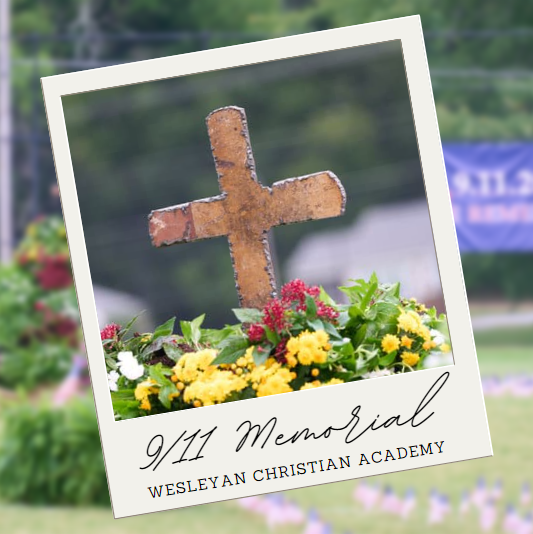 If we learn nothing else from this tragedy, we learn that life is short and there is no time for hate. Remember that even the smallest act of service or the simplest act of kindness is a way to honor those we lost, and a way to reclaim the spirit of unity that followed 9/11.