The Civil Rights Movement is a key element of High Point’s history and has helped to dramatically improve race relations in the city. On February 1, 1960, a group of four college students began a sit-in at a Woolworth’s in downtown Greensboro, North Carolina. News spread quickly to High Point and in a few days a High Point native and past City Councilwoman started to organize the High Point sit-in. Mary Lou Andrews, now Blakeney, was 15 at the time and a student at the all-black William Penn High School. After hearing the news of the sit-in in Greensboro, she began meeting with friends to stage a sit-in here in High Point. She approached local Reverend, Benjamin Elton Cox and a retired teacher, Miriam Fountain. After some hesitation due to their age, Cox agreed to train the students in nonviolent resistance at his church. On February 11, 1960, twenty-six students, led by Cox and joined with Cox’s friends Reverend Fred Shuttlesworth and Douglas Moore, marched from Washington Street to the F.W. Woolworth’s on South Main Street – currently where the Red Lion Hotel stands. The store was set up so that blacks and whites could order food, but only the whites could eat there. After a signal, the students sat at the empty seats and stood behind seats occupied by white patrons. While the students were studying homework and reading history at the counter, they never realized that they too, would become a part of an important piece of history as the first organized high school sit-in in the United States.

Fast forward 59 years later, February 21, 2019 – the day High Point began the planning to fully embrace its most famous native son and his childhood home. John Coltrane became a jazz legend after releasing his masterpiece A Love Supreme in 1965. Contemporary critics called it the most important album of post-war jazz as it sold a half million copies and quickly cemented Coltrane’s place in the Jazz pantheon. But the musical beginnings of the groundbreaking saxophonist took place decades earlier on a quiet little street in east High Point called Underhill Road. John Coltrane’s family moved to High Point when he was just an infant. He and his parents lived with his grandparents and his cousin’s family in a house that was built by his grandfather in 1928. In 1939, Coltrane joined Warren B. Steele’s community band, starting out on alto horn and later moving to clarinet. The success of the community band inspired William Penn Principal, Samuel Burford to start a school band in 1940. Coltrane joined as a founding member of the school band under the direction of Grayce W. Yokely. Later, Coltrane developed an interest in the saxophone practicing with Charlie Haygood, a restaurant owner on Washington Street. By his senior year, Coltrane’s musical talents earned him the vote of “most musical.” He also earned a lyre for his participation with the Boys’ Chorus. Now, John Coltrane is proudly displayed throughout the city with his childhood two-story home being a historic property, an eight-foot bronzed statue sitting on the corner of Commerce Avenue and Hamilton Street offering an interactive kiosk so you can hear some of his music, and an exhibit at the High Point Museum featuring various artifacts including the piano that was in his childhood home. The Friends of John Coltrane will host the 10th annual John Coltrane International Jazz & Blues Festival at Oak Hollow Festival Park this year during Labor Day Weekend. 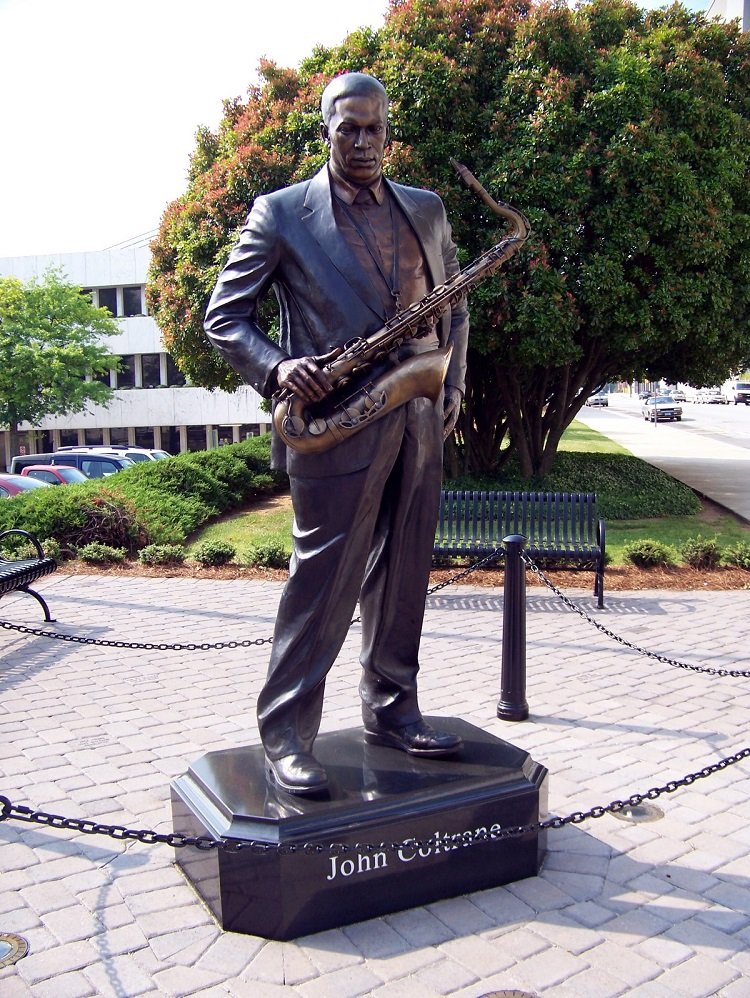 The campus of High Point University is filled with sculptures of inspirational leaders designed to surround students with influential people who inspired the world, accomplishing great things in their lives. The sculptures, sprinkled across the High Point University campus, offer another element of education and modeling of values as these sculptures across campus include Martin Luther King Jr., Rosa Parks, George Washington Carver, Maya Angelou, Mohandas Gandhi and now Harriet Tubman and Thurgood Marshall. Both Harriet Tubman and Thurgood Marshall lived extraordinary lives of significance, modeling personal initiative, resilience, leadership and service. Harriet Tubman was born into slavery in 1913, escaped and made more than a dozen missions to rescue about 70 enslaved people using safehouses known as the Underground Railroad. During the American Civil War, she served as an armed scout and spy for the Union Army. Later in her life, she was an activist in the movement for women’s suffrage. Thurgood Marshall was born in the early 1900s and was descended from enslaved people on both sides of his family. He was a graduate of Howard University School of Law and later established a private legal practice in Baltimore before founding the NAACP Legal Defense and Educational Fund. He was the first black associate justice of the U.S. Supreme Court, where he served from 1967 until 1991.

“The only way you really see change is by helping create it.”
– Lena Waithe 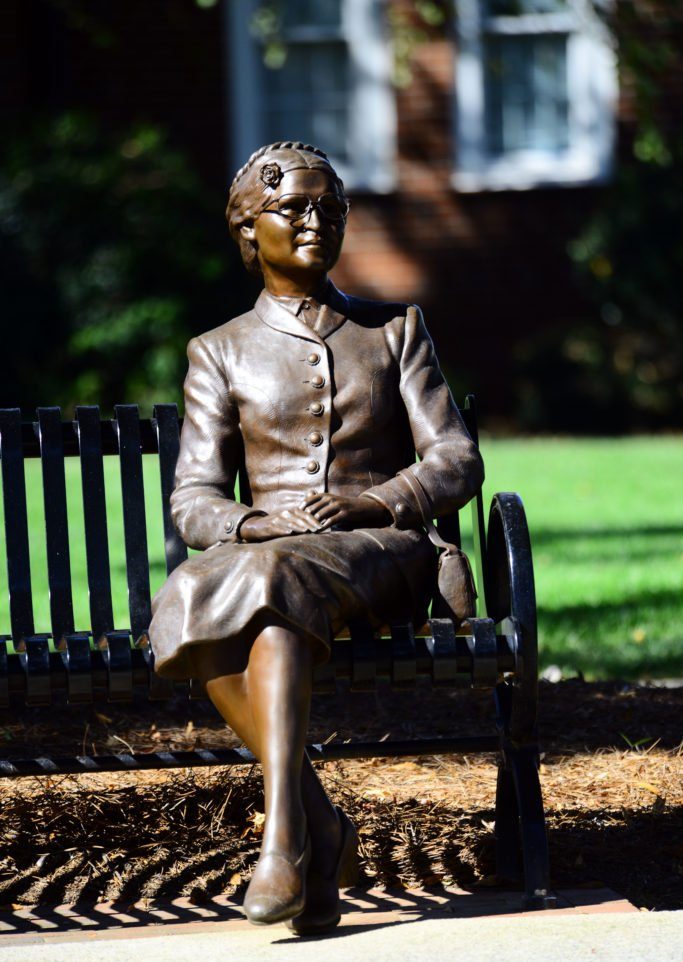 With the goal to mend the economic and systematic gaps that plague the African American community today, a High Point woman, Temoura Jefferies took it upon herself to launch a new business with the mission to spread awareness of Black-owned businesses in the Triad. Juneteenth of 2020 was a very special day, as that was the day she launched her business – The Buy Black Guide. This platform is a way that business owners can amplify their voices while also remaining visible to their target audience. Within the guide is a directory of Black-owned businesses ranging from food, catering, clothing apparel, cleaning services as well as health and wellness. Uncle Cheesecake, Sidwills Café & Catering,   Mayberry Ice Cream & Sandwich Shop, Gametime Sports Bar & Grill, Thick’ems Clothing Boutique, Jazzy Fashions Shoes & Apparel, Becky’s & Mary’s, 18th & Extra Boutique, WatchLadyJB, Blair’s Closet, Lady of Curves Boutique, and Sade Décor & Gifts are some of the few High Point Black-owned businesses that are listed in the guide along with more than 400 other businesses. 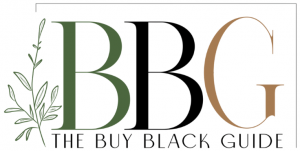 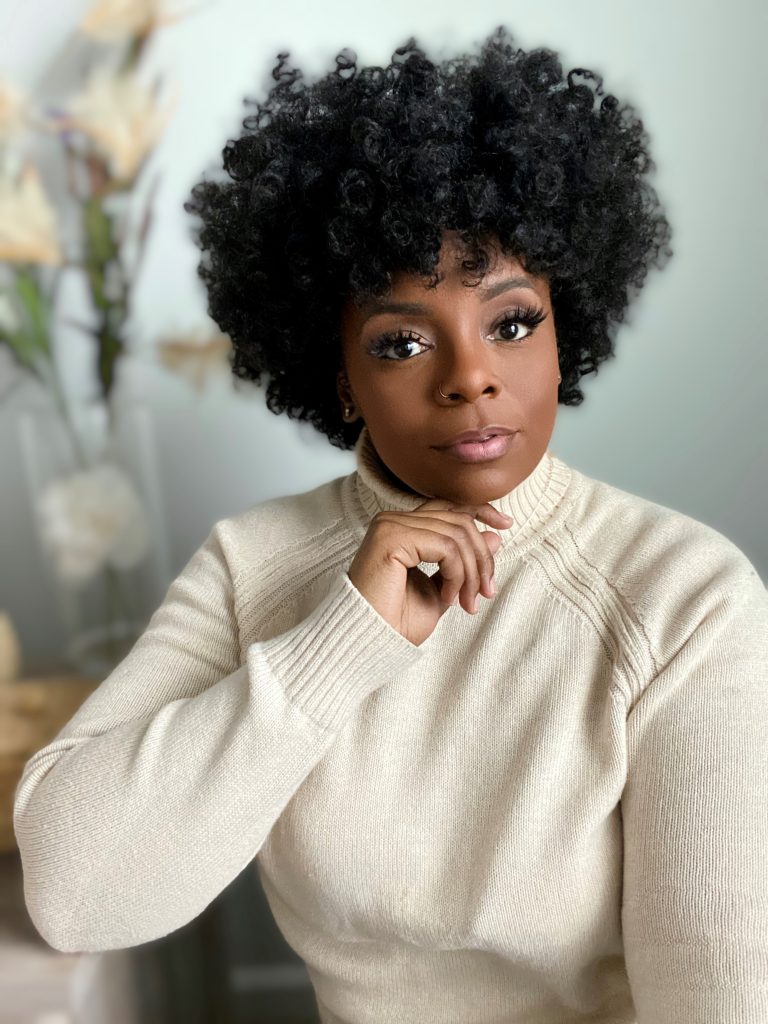 A Walk Through History

All throughout High Point we celebrate the lives and contributions of trailblazing African Americans. With exhibits at the High Point Museum, statues around the city, historic properties like John Coltrane’s childhood home, the Oakwood Municipal Cemetery where the earliest black settlers of High Point, North Carolina lay, and the Mendenhall Homeplace that holds a proud possession – the Stanley-Murrow False-Bottom Wagon, which was used during the days of the Underground Railroad to carry enslaved people to freedom. The High Point Regional Visitors Center also proudly pays tribute to the African American Heritage with a documentary produced by Phyllis Bridges – The March On An All-American City, where it plays daily in our gallery devoted to members of the African American community, not just in High Point but the region. 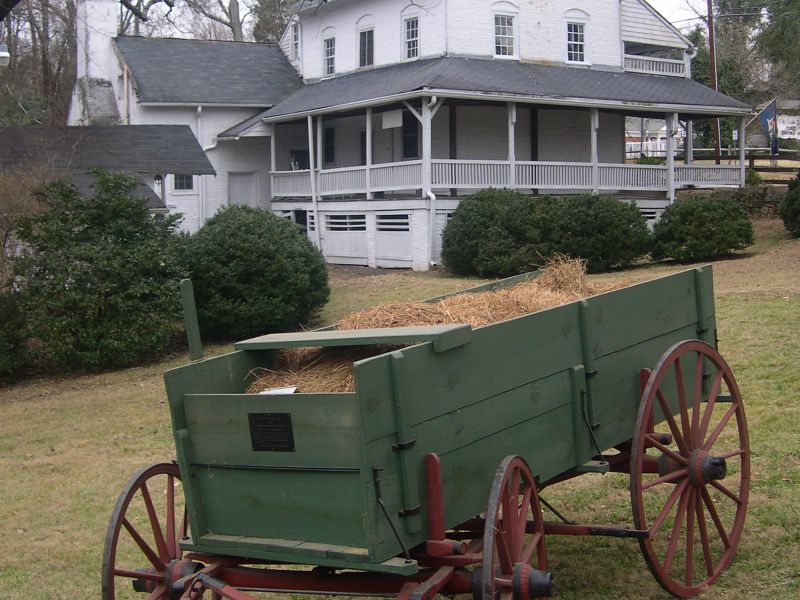 While you’re visiting, stop in the Visitor’s Center and pick up the African American Heritage guide, a great resource for those looking to learn more about, not only the rich history but today’s success stories with many local African Americans who call and have called High Point home.